Micheal Harper I appreciate this interview with Convictsoapbox.com, and showing support to OneNation and Menstop Organizations. 1. In order to understand the now, we must visit the past. Lets start from the beginning. What was life like growing as a youth and some of the major obstacle you were faced with?

(MH) Youth doesn’t last that long where I come from. Societal ills, in some form or another, often corrupt the majority of us in our early teens. We inherit adult roles before we know it. As a result we try to make sound decisions with an unsound mind. At that point everything is an obstacle.

2. I recall growing up around a notorious Drug and Crime infested neighborhood in NW DC, where Murder and Mayham went on. DC and Miami, in past were Considered the Murder Capitals of the World. Briefly could you paint a picture of Life when you transitioned into Teen and adulthood in Miami?

(MH) Fast pace and trendy. That meant constant exposure to some colorful characters. Mainly G’s and D-boys. They were rock stars. For an idle-minded teen it symbolized the path to success. Entering adulthood you realize that success is often temporary. Unfortunately by then we’re already products of those first impressions.

3. Often Times, Spectators look into the results, and not the Cause. This is seen in essence to stricter Laws, and Punishment on so called Law Breakers. What s your thoughts on Law reform?

(MH) Current law is blatantly bias to a certain demographic of people. Stricter laws has meant nothing but greater oppression. It’s condemning when it’s supposed to be rehabilitating. Reform is overdue.

4. With not going into much detail, could you provide the people with a brief summary of your case. And how they can support?

(MH) I was a rock star–by definition and reasons previously explained. A fact that I’ve never disputed. However, the embellished version illustrated by media, informants, and the like, is what I have disputed. I don’t blame the government as much as I blame the individuals who fed them the exaggerations. But beyond that, based solely on uncorroborated hearsay testimony from a career offender, claiming he heard I was involved in a murder, a judge ignored my actual drug charge and sentenced me to life for first degree murder, a crime that I was never charged, tried, or convicted of.

The 6th&14th Amendments of the US constitution are supposed to guaranty protection against being punished for offenses without first being tried and convicted. The US Supreme Court has upheld this right in a string of cases. As most recent as 2013 in Alleyne V. US, 133 S.Ct. 2151

5. How long have you been incarcerated, and what some of the major hurdles you ve been through since being in Prison?

(MH) It’s been over 17 years now. The battles in the appeal courts have been most troublesome. Aside from legal hurdles, there’s an ongoing challenge to maintain a simple piece of mind in the midst of this chaos. It’s unnatural for a person to be removed from society this long. Each day contributes to more of something lost, i.e. time, spirit, love, family, etc.

6. For Many youth, they believe it’s a badge of honor to be in Prison, what advice would you have for youth thinking it’s cool to come to prison.

7. Mental Health is often not associated with Prison from a society standpoint. I recently read a story that Many inmates have undiagnosed or under cared treatment for Mental Ailments while incarcerated. How prevalent is this?

(MH) Glad you asked that question. It’s one of my biggest complaints. Officers nor inmates have the skill to deal with this growing number of mentally ill. Violence is usually the result.

8. With Recent Boom of, Rappers or their peers being incarcerated for self-incriminating Lyrics . How important is it for rappers to be mindful of what they say, and prevalence of Incrimination Equals Incarceration?

(MH) Rappers, too, are part of the lost and misguided epidemic in our community. Their ignorance is no different from mine when I decided to become a rock star. Societal ills are always at the root of it. Somebody just needs to teach them better, then they can use their talents and influence better.

9. What’s your Definition of a Gangster? And Is there any Difference from Old school Gangsters of the 70s, 80s, and 90s, to the New aged Gangsters today?

(MH) I believe the word has transcended. Once it was just a reference to a lawless person. Now I see it more as a description of a daring and diligent person or action. Old-school gangsters stood on principles. They understood sacrifice and selflessness. As in those who led the civil rights movement. MLK, Malcolm X, and Ali conquered odds through suffering. That’s a rarity today. But however you define gangster, I think we’ll still discover, in this day and age, it has lost its luster.

(MH) Idle minds and no guidance are historically the blame for our ruin. Bad choices as a youth, plus a justice system that knows no sympathy, equals generations of destroyed lives. Community Outreach is the answer.

11. Let’s shift conversation a bit, to your accomplishments made while incarcerated? Education, Books written screenplay etc?

(MH) I choose to use my time as wisely as possible. A daily challenge but I’ve managed to properly educate myself. I’ve written at least 15 books and nearly as many screenplays. I’ve learned the business surrounding my craft and I’m a fitness geek.

12, How can the people contact you, and buy some of the many books you’ve written?

(MH) My first 2 novels were released independently on BadlandPub.com. Starting around Thanksgiving I’ll release the following 3 with Amazon. I can be contacted through Badland Publishing or Bookgang Media.

13.. How important is it to obtain an Education, and our Youth being into the books oppose to the Street?

(MH) Education is more hip, more cool, more promising than anything. I wish 30 years ago the streets of Miami had paraded that in front of my face instead of all that other stuff. I would be touring the world doing book signings and producing films instead of touring the BOP.

14. Concluding is there anything you would like to say to the people that we may of left out in interview?

(MH) It’s time to stop failing our youths. Stop leaving them to figure out life on their own. What the system has planned for them is obvious. It’s up to us to thwart those plans. 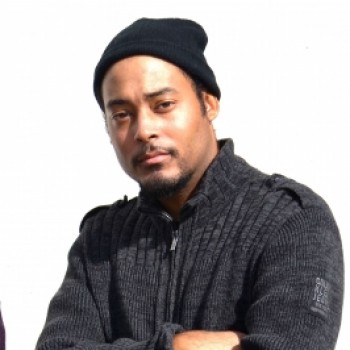 My name is Jonathan, I'm Humble, Laid back and an individual who's main focus is uplifting, empowering, and educating those in the "Struggle". As One who's been through the same or similar situations as most of my Comrades on here, I work to break the cycle of a continuum destruction plagued by violence, Drugs, illness and Hopelessness in our society. Each One Teach One is the Goal and Educating to empower minds is the Foundation.