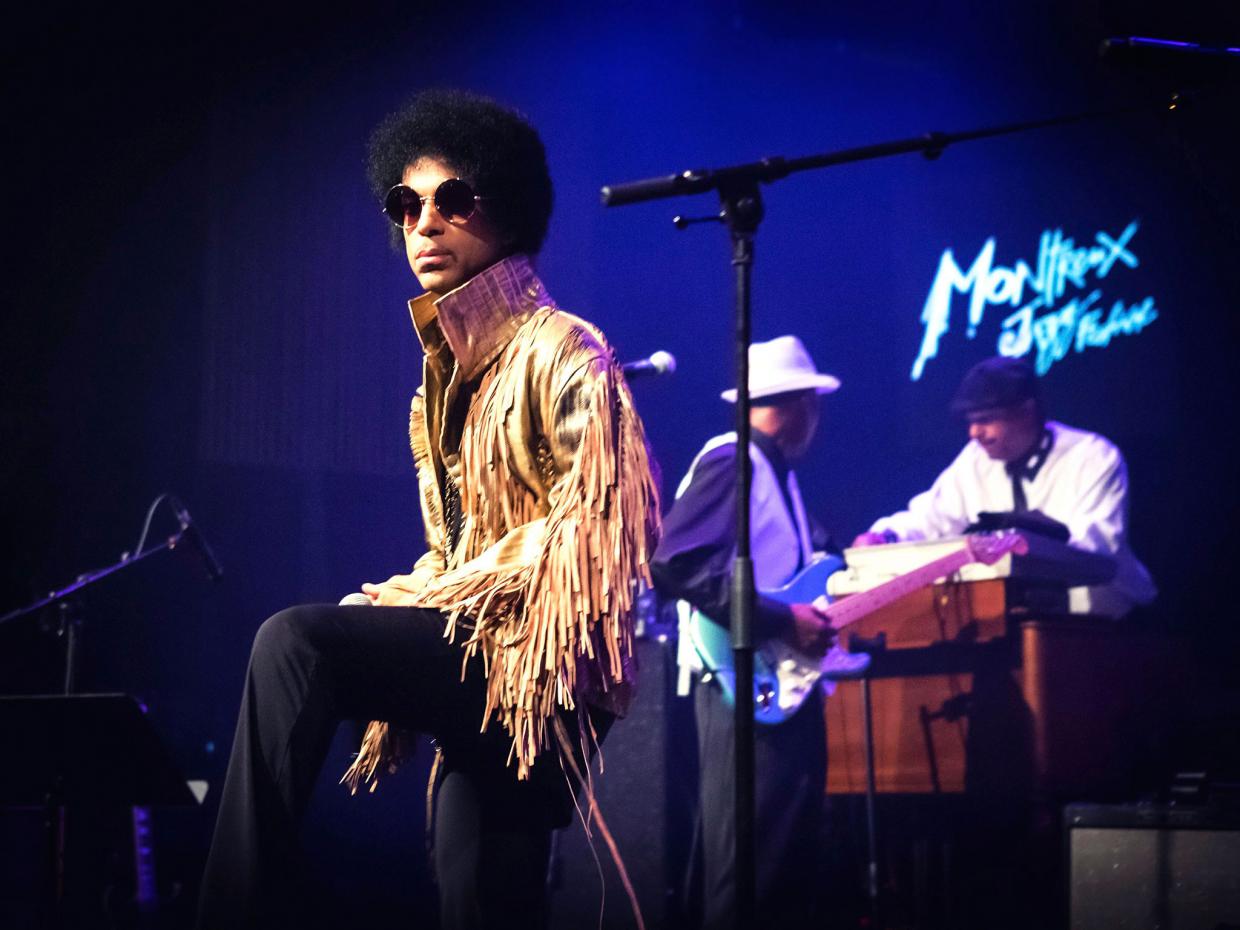 By Demond A. Jackson

As a fan, musician and a true music lover. When I first heard of Prince ‘ Roger ‘ Nelson death, it hit me like a brick. I felt like a great prophets had fallen in the empire. Prince was an enigma, he was artist personified, he gave his fans a intimate piece of himself in every lyric and arrangement. I can still see his posters on the walls of my bedroom in 1984, I’ll never forget going to the matinee at the ‘Old Town mall’ to watch “Purple Rain” and staying the entire day, watching it over… and over… again. Back then on my way to school, you can bet your bottom dollar that you would find me walking, through the streets of Los Angels, with my walkman on, listening to “Erotic City” and “Controversy”. Prince music was and has always been my personal soundtracks, defining the lover in me, giving substance to the rebel in me, and teaching me that a man never has to conform to the contemporary mindset of the world around him and he was relentless when it came to showing us all that it was okay to see oneself as an outcast in a society that had so many biases towards you and those like you.

Prince life, was…his music. To the point where he refused to catered to the media, industry exec’s or Hollywood standards. His musicianship was beyond measure, vocally his range was as wide as the 7 sea’s and his stage performance was nothing short of phenomenal. Making him truly worthy of the status bestowed upon- “Music Royalty.”
In the days that lie ahead, we will learn so much more about the life of Prince, things that have been kept from us for years maybe even decades. Prince death has caused his records to fly off the shelves, currently superseding all his critics expectations, letting the world know that Prince touched allot of lives…
Prince’s musical genius will be elevated to the heights of Beethoven and Bach. Close examination of the lyrics of his songs, will reveals the depths of his manhood, consciousness and spirituality. As a writer of music myself, Prince has majorly influenced my writing style, his lyricism has taught me how to use a metaphor, color a song with pain, happiness and simply just write what my heart says.
But I’m not the only one, you’ll find his influence in other artist music, such as, Jonae Monae, Miguel, John Legend and D’Angelo. Yet at the end of the day there will never be another Prince. He truly was… his own man, he defined himself for himself by himself and it was a honor to have been a fan of his music while he was a live…and after his death. Thank you Prince for all… your contribution to this world. You Loved, lived and left something behind. Lord knows I appreciate that.
My love and Prayers go out to Prince, I pray he is with Jehovah, playing in the band in paradise, while looking down on his family, fans and love one’s saying… “I truly adore you… Until thee end of time…”

As you can see my name is Demond Andrae Jackson. My comrades and Love one's call me D-jay. I'm the co-founder of Convicted Soap Box, and the MENSTOP!/GIRL...STOP! re-entry programs. I consider myself a literary artist, be it poetry, editorials, composition, music or screenplays "My pen...is my power and words are my weapons..."
I'm the son of an African American queen, born and raised in Los Angeles California, where I was groomed in its infectious gang culture. For the past decade and half, the federal Bureau of Prison has been a institution of self-education, self-evaluation and the reason I now possess knowledge of self. That being so, I now strive to expose the solution to the problems that our plaguing our communities, America's youth and this country as a whole. There's a saying: "There's nothing new up under the sun." Simply put, if there's one thing in this universe existence, that has seen all thing that mankind has done or not done, it is the sun. That means the moral dissension that taking place currently is nothing new. Historian have written about times where the moral fabric of a nation was so tattered where the only solution for change was war a destruction. This country was built and establish to be the nation it is today. By the disenfranchised, those who were being oppressed by the Queen and her fellow Aristocrats. Therefore if this country is to change once again for the better. It will begin and must begin with the actions and the voice of the disenfranchised i.e, America's minorities, poor and it's third class citizen the American Ex-felon. That being said I'm committed to "WRITING MY WRONGS..." and sewing seed of knowledge and truth that will blossom into peace, prosperity and positive change

One thought on “Prince- SYCE after death”